We cannot let this Brooklyn treasure crumble.We Must Stop Erasmus Hall Academy’s ‘Demolition by Neglect’ If elected Brooklyn Borough president I will fight for funds to restore this building that has been standing since 1787.

Standing outside the Erasmus Hall High School campus in the Flatbush neighborhood of Brooklyn, Mario Rivera, 17, acknowledged he did not know much about the deteriorating old white building that sits in the middle. “That’s where the school started,” Mr. Rivera said with a shrug.

But when Mr. Rivera, a junior at the High School for Service and Learning, one of five schools housed at Erasmus, was told more about the history of the old building, Erasmus Hall Academy — including the fact that Alexander Hamiltonhelped finance its construction — his face lit up. “They should teach us how it started,” he said. “They should fix it up and use it.”

The two-story building, erected in 1787 with contributions from Hamilton as well as Aaron Burr, John Jay and Robert Livingston, was the first secondary school in New York State and is considered a grand example of Georgian-Federal architecture and an ambitious vision of education.

But it has been closed for over a decade, and these days it is in an advancing state of disrepair.

The paint is peeling. Shutters are missing, and stairs are crumbling. There are holes in the sides of the dormer windows, and cats and squirrels roam in and out of the basement, leaving behind an unseemly smell. 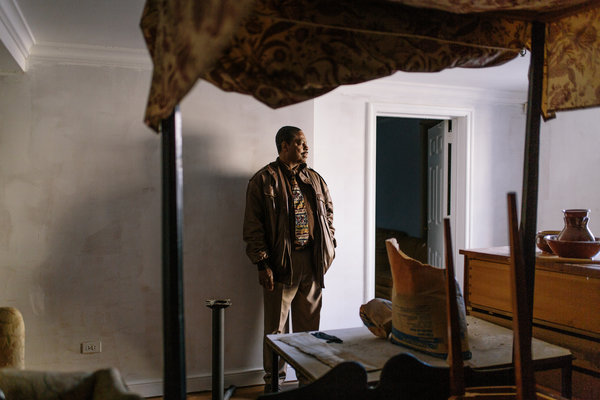 “The peeling paint looks like tears, like the building is crying, ‘Help me,’” said Charles Young, the president of the Erasmus Hall High School Alumni Association.
RAMSAY DE GIVE FOR THE NEW YORK TIMES

“The peeling paint looks like tears, like the building is crying, ‘Help me,’” said Charles Young, the president of the Erasmus Hall High School Alumni Association.

Preservationists are using the fact that Hamilton is enjoying a surge in popularity because of the Broadway musical “Hamilton” as a way to pressure the city to save the building from further decay. Hamilton and his contemporaries “put that money up because they cared enough about education,” said Peg Breen, president of the New York Landmarks Conservancy, a preservationist group. “It would be a wonderful history lesson to save the building now. The building is an important part of the city’s heritage, so what kind of history lesson is the city teaching its students if the building is not maintained?”

Eric L. Adams, the Brooklyn borough president, has pledged to provide financing for restoration and said the city could capitalize on the building’s connection to Hamilton. “We could be using the building as a learning tool to teach history,” he said. “We need to use our imagination and realize there’s more than one way to teach history — look at how ‘Hamilton’ opened the eyes of young people and got them talking about history.”

Over time, the building has become a “dumping ground,” Mr. Young said, filled with ladders, lamps, old art projects, yearbooks, historical photos and even transcripts from the 1940s. “This is demolition by neglect,” Mr. Young said, adding that the building’s courtyard location, hidden from public view, hurts its cause. “People don’t see it, so they don’t think about it.” 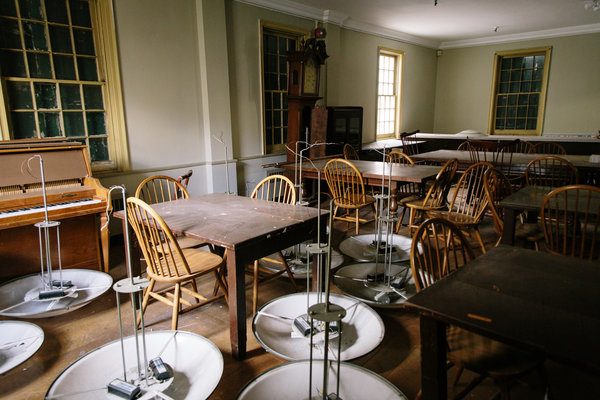 Officials at the city’s Department of Education say the building is not suitable for classroom space so the agency is unwilling to spend money to restore it. Still, the agency said it was “looking into appropriate uses for the building that preserve its history.”
RAMSAY DE GIVE FOR THE NEW YORK TIMES

Ms. Breen estimated that it would cost $1.7 million to $2 million to repair the building, with damaged dormer walls and missing weatherproofing being the most pressing issues.

But officials at the city’s Department of Education say the building, which has landmark status from the city’s Landmarks Preservation Commission, is not suitable for classroom space, so the agency is unwilling to spend money to restore it. Still, Toya Holness, a spokeswoman for the Education Department, said the agency was “looking into appropriate uses for the building that preserve its history.” Freddi Goldstein, a spokeswoman for Mayor Bill de Blasio, said the city also would not commit any financing “without any public purpose for the building.”

Ms. Breen argued that there were plenty of potential nonclassroom uses: school offices, teachers’ lounges or after-school programs. Dr. Mathieu Eugene, a city councilman who represents the neighborhood, said putting school offices in the building could open space for classrooms elsewhere on the Erasmus campus, which has 1,990 students.

When it was founded, Erasmus Hall Academy housed not just classrooms but the high school students themselves — the original 26 students lived in the building. The school flourished for decades, but enrollment started falling after Brooklyn started its own public school system. In 1896, the building was donated to Brooklyn for a public school. 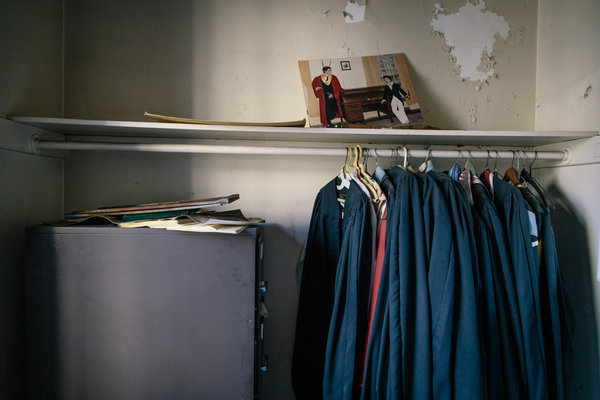 A closet in the Erasmus Hall Academy building, which Mr. Young says has become a “dumping ground.”
RAMSAY DE GIVE FOR THE NEW YORK TIMES

Brooklyn’s rapid growth led to the construction in sections, from 1905 to 1940, of the ornate and sprawling Collegiate Gothic campus that now surrounds the academy. Erasmus alumni include the singer Barbra Streisand, the actor Eli Wallach, authors like Bernard Malamud and Mickey Spillane, the music industry legend Clive Davis, the opera singer Beverly Sills, and Al Davis, a former owner of the Oakland Raiders football team.

In the 20th century, the academy building became a principal’s office, the guidance office and, for a time, a local-history museum that recreated 18th-century life for elementary schools to visit.

“It was an administration building when I was there,” said Wilhelmina Rhodes-Kelly, another member of the alumni association, who graduated in 1964.

Mr. Young, who graduated in 1975 and is now a dean at the High School of Telecommunication Arts and Technology in Bay Ridge, said, “When I was there, you went in to research colleges.”

After the building was closed, numerous efforts to find new uses were rebuffed by the Education Department, Ms. Breen said. Now, Dr. Eugene, hoping to build on Mr. Adams’s commitment, said he would push the City Council to take up the cause.

“As elected officials,” Dr. Eugene said, “the Council, the mayor and the borough president have a moral obligation to our constituents, to the great City of New York and to the students to make this happen.”